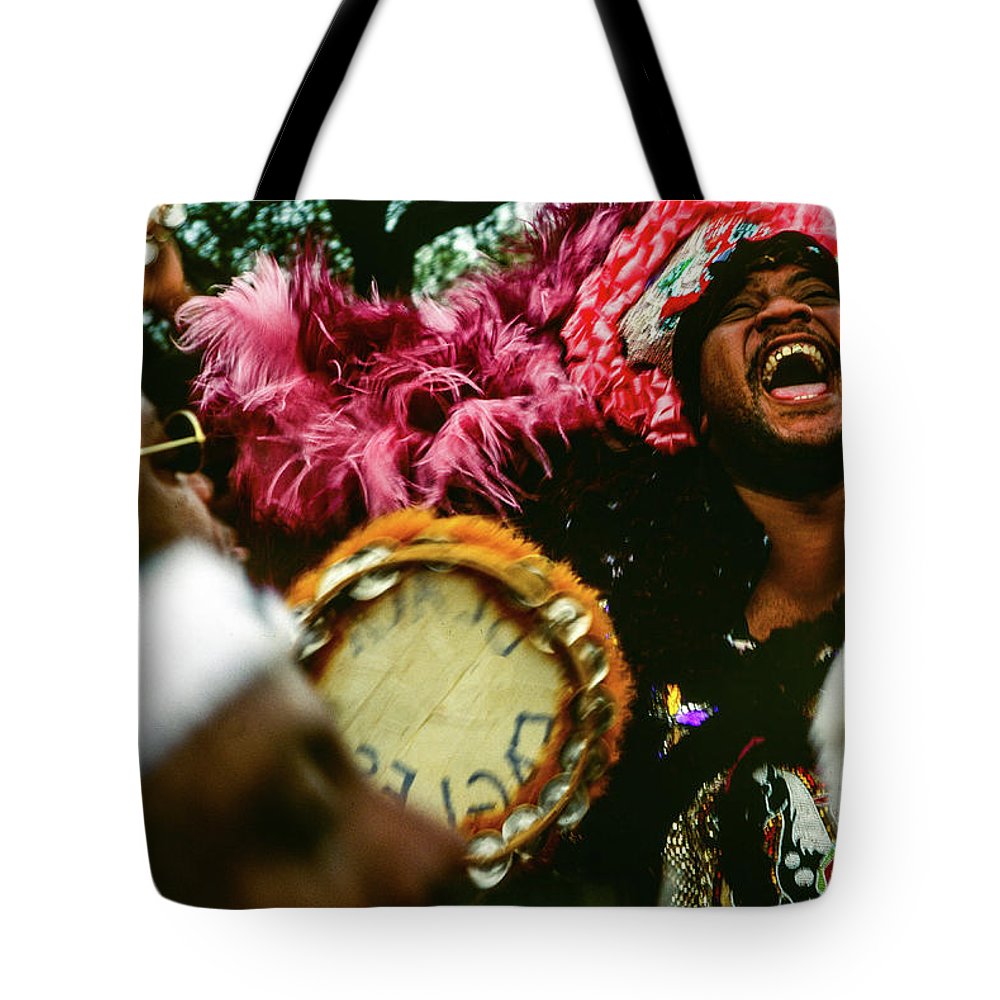 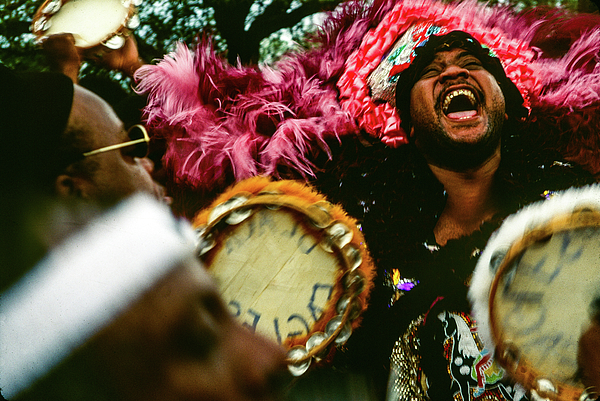 Our tote bags are made from soft, durable, poly-poplin fabric and include a 1" black strap for easy carrying on your shoulder.   All seams are double-stitched for added durability.   Each tote bag is machine-washable in cold water and is printed on both sides using the same image.

The Black Indian Parade in New Orleans. (Also called Mardi Gras Indian Parade.) Its a colorful tradition that dates back to the days of Slavery.... more

Spectacular composition, lighting, shading, colors and artwork! F/L … voted for this beautiful piece in the WHAT HAVE YOU DONE FOR ME LATELY - FEB 2021 contest

The Black Indian Parade in New Orleans. (Also called Mardi Gras Indian Parade.) Its a colorful tradition that dates back to the days of Slavery. There is a structure & hierarchy to the tribes. They include the Chief, Flag Boy, Spy Boys, Call Boys, Second-liners, and so on. Here we see the Big Chief; the leader Of the Tribe. And around him the Second- Liners. They make the music for the Tribe.Because of these structures in the Tribe this Tradition went virtually unknown outside the poor, black communities in New Orleans until the 1970's. mardi gras, fat tuesday, black indian, parade, chief, second liners, new orleans, treme, heritage, the south, louisiana, costumes, costume, tradition, traditional, dress, tribe, uptown, downtown, suits, masks, plumes, feathers, man, art, culture, folk art,