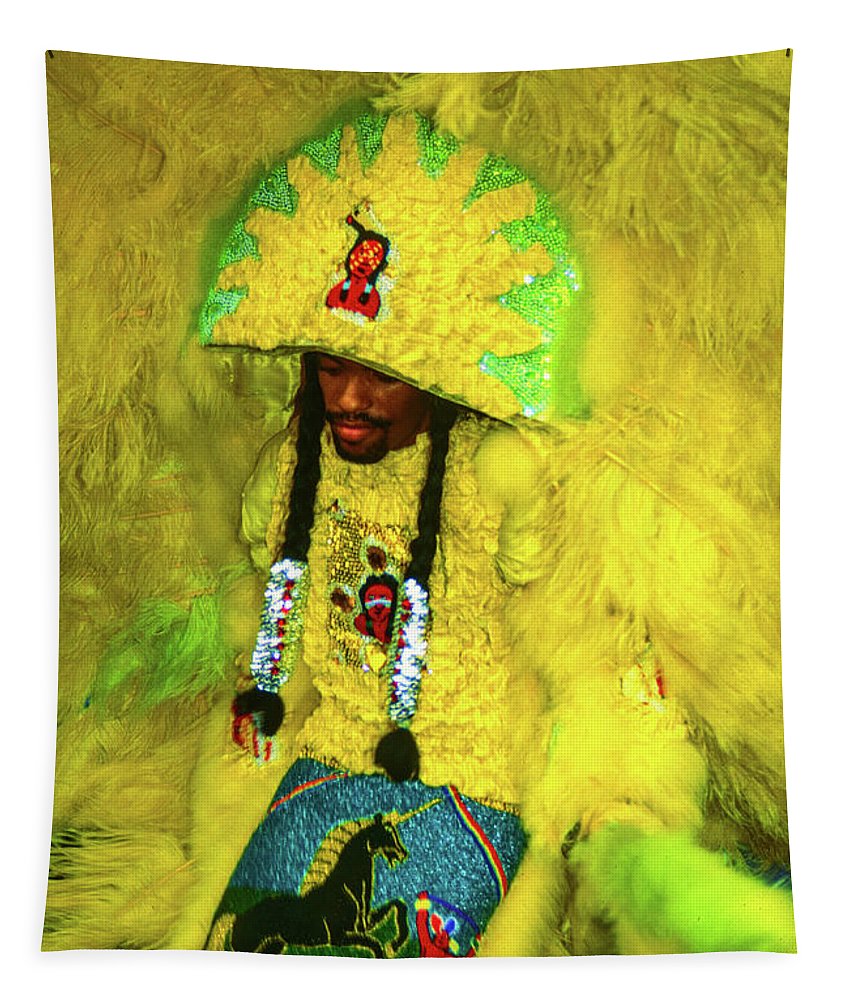 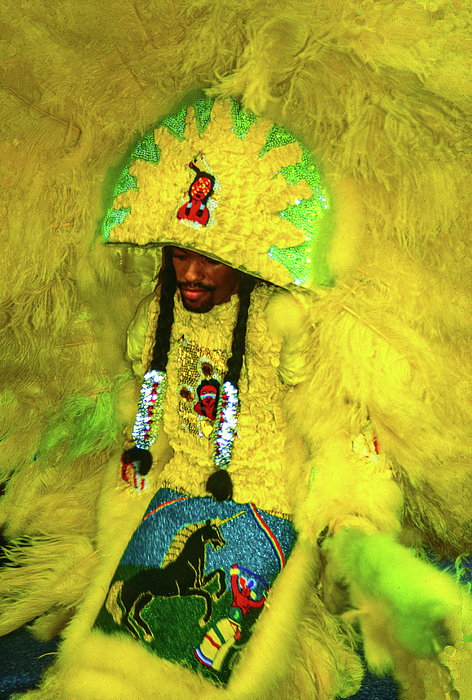 Our lightweight, microfiber tapestries are available in three different sizes and feature incredible artwork to complement any wall space. Each tapestry has hemmed edges for secure hanging with nails and/or thumbtacks.

The Black Indian Parade in New Orleans. (Also called Mardi Gras Indian Parade.) It is a colorful tradition that dates back to the days of Slavery. ... more

As a Black Indian, I thank you for sharing history and this beautiful photo.

Oh, wow! Really happy you got to see this. It's an amazing and not well known history.

The Black Indian Parade in New Orleans. (Also called Mardi Gras Indian Parade.) It is a colorful tradition that dates back to the days of Slavery. There is a structure & hierarchy to the Tribes. They include the Chief, Flag Boy, Spy Boys, Call Boys, Second-liners, and so on. Here we see a Flag Boy. He carries the Flag Banner of the Tribe, and he uses it to signal the other tribe members, as well as to identify the Tribe from a distance to other rival or friendly Tribes who may be nearby.. Because of these structures within the Tribe this Tradition went virtually unknown outside the poor, black communities in New Orleans until the 1970's. mardi gras, fat tuesday, black indian, street, parade, flag boy, new orleans, treme, heritage, the south, louisiana, costumes, yellow, costume, tradition, traditional, dress, tribe, uptown, downtown, suits, masks, plumes, feathers, man, art, culture, folk art,