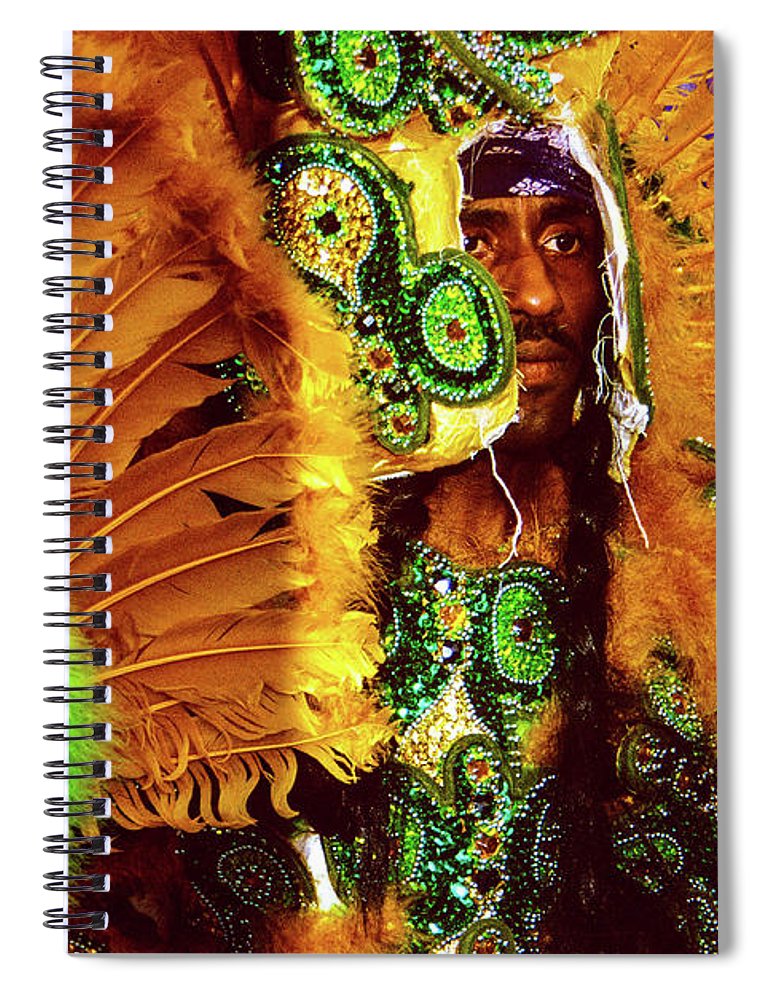 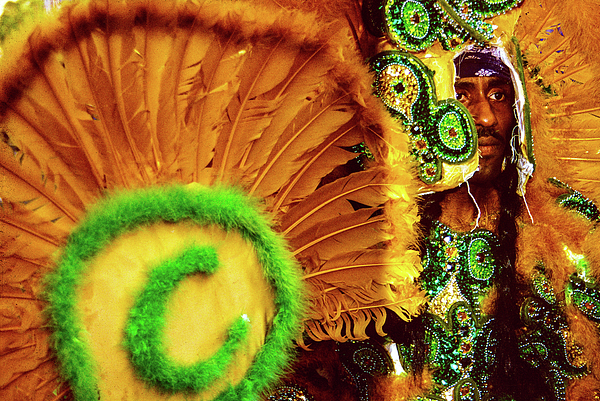 Our spiral notebooks are 6" x 8" in size and include 120 pages which are lined on both sides. The artwork is printed on the front cover which is made of thick paper stock, and the back cover is medium gray in color. The inside of the back cover includes a pocket for storing extra paper and pens.

The Black Indian Parade in New Orleans. (Also called Mardi Gras Indian Parade.) Its a colorful tradition that dates back to the days of Slavery.... more

The Black Indian Parade in New Orleans. (Also called Mardi Gras Indian Parade.) Its a colorful tradition that dates back to the days of Slavery. There is a structure & hierarchy to the tribes. They include the Chief, Flag Boy, Spy Boys, Second-liners, and so on. Here we see a Call Boy. It's a members whose responsibility it is to Call out to the Chief & warn him of the approach of another rival Tribe or the police. Because of these structures in the Tribe this Tradition went virtually unknown outside the poor, black communities in New Orleans until the 1970's. mardi gras, fat tuesday, black indian, parade, new orleans, treme, heritage, the south, louisiana, call boy, costumes, costume, tradition, traditional, dress, tribe, uptown, downtown, suits, masks, plumes, feathers, man, art, culture, folk art,