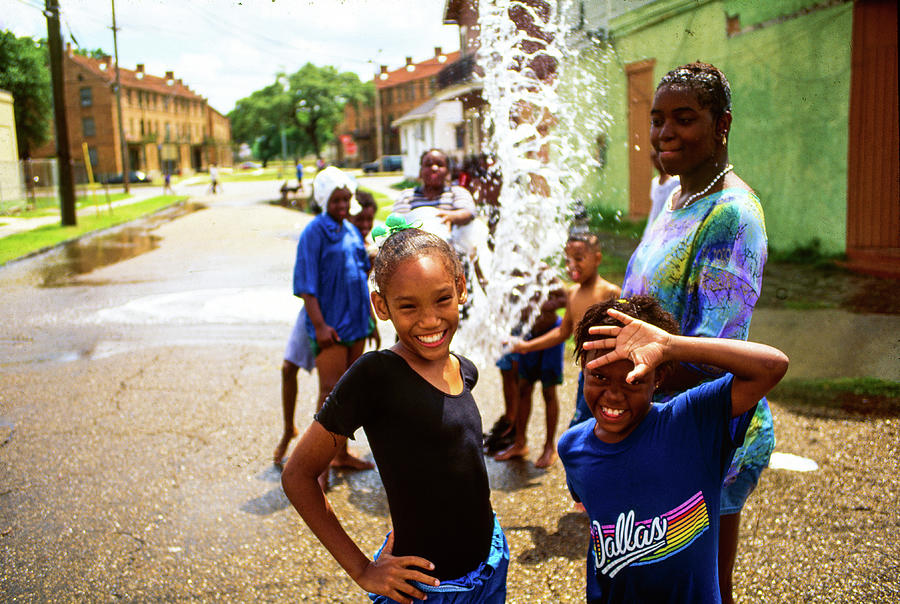 The Wards are 17 neighborhoods that divide up the City of New Orleans. They are almost cultural identifiers for the people who live within them. There are two main group divisions; the Uptown Wards and Downtown Wards. And the people living within them are predominantly African American.
Here in the boiling hot, New Orleans Summer, a fire hydrant has been opened for everyone to cool off, and the neighborhood children play in the streets.

A happy group playing the “Beat the Heat” game !